Turkish prosecutors have charged four pilots, an airline company official and two flight attendants for their alleged roles in former Nissan chairman Carlos Ghosn’s escape from Japan to Turkey and from there to Beirut 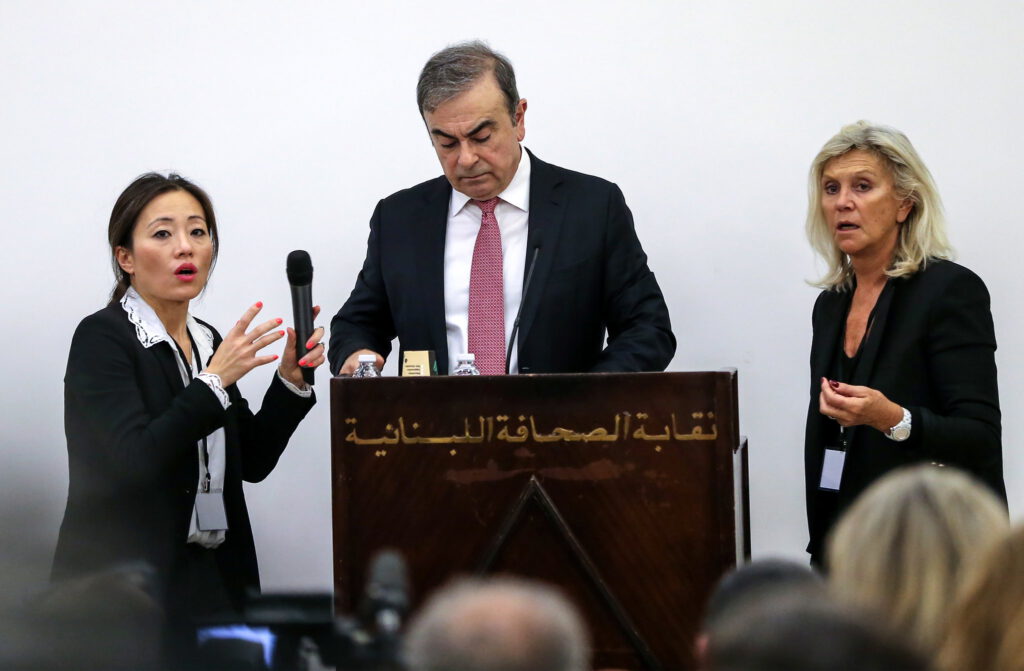 Turkish prosecutors have charged four pilots, an airline company official and two flight attendants for their alleged roles in former Nissan chairman Carlos Ghosn’s escape from Japan to Turkey and from there to Beirut.

Ghosn, who was arrested over financial misconduct allegations in Tokyo in 2018, skipped bail while awaiting trial in Japan late last year. He flew to Istanbul and was then transferred onto another plane bound for Beirut, where he arrived Dec. 30’th 2019.

Prosecutors in Istanbul have completed an indictment against the seven, formally charging the four pilots and the official of illegally smuggling a migrant. The two flight attendants are accused of failing to report a crime, the agency said.

The indictment against the defendants states that Ghosn is believed to have been smuggled inside a “foam-covered music box” large enough to carry a person. It notes a 216,000-euro and $66,000 increase in the airline official’s bank accounts between Oct. 16 and Dec. 26, 2019.

Turkish prosecutors are seeking up to eight years in prison each for the four pilots and the airline official on charges of illegally smuggling a migrant. The two flight attendants, who were not under custody, face a one-year prison term each if convicted of not reporting a crime.

The Turkish airline company MNG Jet said in January that two of its planes were used illegally in Ghosn’s escape, first flying him from Osaka, Japan, to Istanbul, and then on to Beirut. The company said its employee had admitted to falsifying flight records so that Ghosn’s name did not appear on them.

The company employee and four pilots remain in custody while the flight attendants were released after questioning. The suspects have been identified by their initials only.

Prosecutors in Japan have separately issued arrest warrants for Ghosn and three Americans who they say helped and planned his escape. Japan has no extradition treaty with Lebanon and the former Nissan chief is unlikely to be arrested. Lebanon has indicated it will not hand over Ghosn.

Ghosn, who led Nissan for nearly 20 years, says he is innocent and that he fled Japan in the belief he could not get a fair trial there.

A Turkish court on Friday, 3’rd June 2020, released four pilots and a private airline official from jail, pending the outcome of their trial on charges of smuggling former Nissan Motor Co. chairman Carlos Ghosn out of Japan to Lebanon, via Turkey. The court, however, barred the five from leaving Turkey and ordered them to report to authorities at regular intervals.

The five are on trial in Istanbul, along with two flight attendants, for allegedly aiding Ghosn to flee while awaiting trial in Japan.

Ghosn, who was arrested over financial misconduct allegations in Tokyo in 2018, skipped bail while awaiting trial late last year. He was flown from Osaka to Istanbul and was then transferred onto another plane bound for Beirut, where he arrived Dec. 30. He is believed to have been smuggled inside a large box.

In the first hearing of their trial, the pilots and flight attendants denied involvement in the plans to smuggle Ghosn or of knowing that Ghosn was aboard the flights.

The airline official, Okan Kosemen, claimed he was made aware that Ghosn was on board the flight from Osaka to Istanbul after the plane landed. He admitted helping smuggle Ghosn onto the second, Beirut-bound plane out of fear for the safety of his family.

Kosemen said that a business associate named, Nicolas Mezsaroz, who organized the flights called him through a messaging app to say that the Nissan CEO was on board the plane from Osaka. “I was surprised, there were two passengers on the manifest, but there were three passengers,” was quoted Kosemen as telling court. “Nicolas said: ‘we put him in the music box and took him out (of Japan).’”

Kosemen said he told Mezsaroz that he didn’t want to be “a partner to such a thing.” “I became a nervous wreck,” Kosemen went on to say. “He told me that he knew where my wife worked and the name of my child’s nursery school.”

The airline official said that in Istanbul, he took Ghosn to the second plane and accompanied him to Beirut.

Increase in the bank accounts

During his testimony, Kosemen denied receiving payment for Ghosn’s escape. Asked about the increase in his bank accounts, Kosemen said they were from tips or bonuses he received for his work. “It has nothing to do with this incident,” he said.

Meanwhile, Pilot Bahri Kutlu Somek told the court that he didn’t suspect that anyone could be hiding in the box. “We have carried a variety of things in the past. I was not suspicious”.

Separately, a former U.S. Green Beret and his son were also arrested in the United States on charges that they helped smuggle Ghosn out of Japan.

Ghosn, who has Lebanese citizenship, said he fled because he couldn’t expect a fair trial in Japan. Lebanon has no extradition treaty with Japan.