Engaging with Interpol either prior to a Red Notice being issued (with a view to preventing this) or following the issue of a Red Notice (to seek its removal). Seeking the removal of or amendment to a Red Notice can be a lengthy, uncertain and time-consuming business. We have the skills and experience to develop the most effective strategy to assist clients through this difficult process. Our expertise in extradition, mutual legal assistance, cross-border criminal investigations and account freezing orders means that we are ideally placed to advise individuals in relation to Interpol notices, including red notice, removal requests. We represented numerous (high profile) individuals from all over the world. Our Interpol lawyers have an outstanding track record in successfully challenging Interpol alerts.

The International Criminal Police Organization (INTERPOL) was set up in 1923 mainly to ensure criminals could not with impunity flee the country where their crime was committed. The organisation enables law enforcement agencies from its 194 member states to share data on crimes and criminals and issue arrest warrants.

Each of our member countries hosts an INTERPOL National Central Bureau (NCB). This connects their national law enforcement with other countries and with the General Secretariat via Interpol secure global police communications network called I-24/7.

NCBs are at the heart of INTERPOL and how INTERPOL works. They seek the information needed from other NCBs to help investigate crime or criminals in their own country, and they share criminal data and intelligence to assist another country.

As part of their role in global investigations, NCBs work with:

In contrast to the image occasionally conveyed on television and in the movies, Interpol agents do not make arrests, a practice that would unacceptably infringe on the national sovereignty of member countries. Instead, the organization, at the request of NCBs, sends out “red notices,” based on warrants issued by member countries, calling for the arrest and extradition of specific individuals.

Red Notices are issued where a country seeks the location and arrest of wanted individuals with a view to their extradition. As such, an INTERPOL Red Notice can severely inhibit a person’s liberty, ability to travel and to conduct business. It can have devastating consequences for a person’s reputation and can also lead to the closure of bank accounts.

Whilst some Red Notices will be published on the INTERPOL website, often a person will be unaware that a notice has been issued. A Red Notice may lead to arrest regardless of whether there is an extradition arrangement in place between countries. Even where an extradition request has been defeated, it is likely that a Red Notice will remain live.

Interpol also issues other “coloured” notices: yellow to help locate missing persons, blue to collect information on illegal activities or on an individual’s identity, black to request information needed to identify a body, green to warn agencies about criminals from one country who may commit additional offenses in other countries, and orange to warn law-enforcement agencies of dangers from bombs and other weapons.

Red Notices can result from politically motivated criminal proceedings or can arise out of civil disputes. We regularly advise professionals who face the issue of a Red Notice in the context of hostile civil litigation and where the threat of criminal prosecution is a recognised tactic.

While INTERPOL’s involvement is necessary for law enforcement at the international level, the organization has been susceptible to political abuse by autocratic governments. Countries known to be human-rights abusers and intolerant of political criticism have misused INTERPOL to track down political dissidents in other countries and persecute them in their homeland. Moreover, the unlawful use of INTERPOL leads to detrimental consequences for the suspects who are not prosecuted in a fair trial.  Any person named in a Red Notice, for example, could be subject to arrest and imprisonment, cancellation of a visa, deportation, being barred from accessing financial systems, and a tarnished reputation for being accused—most likely in public—of being an international criminal.

Article 3 of the INTERPOL Constitution states: “It is strictly forbidden for the Organization to undertake any intervention or activities of a political, military, religious or racial character.” Autocratic countries have been violating INTERPOL’s rules and misusing the organization, which is supposed to focus on non-political crimes, such as drug trafficking and violent offenses.

How is a red notice issued in Turkey?

The red notice is not the only type of notice that Interpol issues for international cooperation. It also has blue, green, black, yellow and orange notices and the “UNSC Special Notice.”

Every type of notice has a different meaning but they all allow the countries to share their warnings and requests for information globally.

The red notice is a request for the “arrest and extradition of criminals.” Its legal basis can be an arrest warrant issued by courts or a court ruling.

In Turkey, the court ruling or the request of the prosecutor’s office is forwarded to the Ministry of Justice. If the ministry’s General Directorate of International Law and Foreign Relations deems it appropriate, it sends the request to the Interpol Department of the General Directorate of Security, which then sends it to the Interpol General Secretariat.

Notices from countries are only issued if they comply with Interpol’s regulations and meet all legal requirements.

An Interpol diffusion is an informal alert circulated by any Interpol member state to notify law enforcement authorities about a person wanted for criminal activities. Although it contains information similar to the Interpol red notice, a diffusion notice Interpol is more of an informal alert used to arrest and extradite a person wanted for crimes. Unlike other notices, a diffusion is not published on the Interpol website. Instead, the country seeking help circulates it through Interpol channels.

How Interpol Diffusions and Notices Work?

Every member country has its own NCB (National Central Bureau) responsible for sending notice requests to Interpol’s General Secretariat. Before the General Secretariat publishes any Interpol notice or Interpol diffusion request, the request must be reviewed by the Commission for the Control of Interpol’s Files (CCF) to ensure it conforms to Interpol rules and regulations. The CCF is an independent body responsible for reviewing data processed through Interpol’s Information System, including diffusions and notices.

Typically, diffusions are circulated directly by the NCB to member countries or international entities of their choice. Just like Interpol red diffusion, diffusions are sent via Interpol’s secure information system and recorded in Interpol databases. The requests usually contain the following details;

How to Know if You Are Subject to a Diffusion or a Red Notice?

It’s usually difficult to know if your information is on Interpol’s alert list. However, you may find out using the following steps:

How to Request for the Removal or Deletion of a Diffusion or a Red Notice?

The CCF rejects any notice request that violates Interpol’s Constitution. Diffusions and red notices must meet admissibility requirements according to CCF regulations. This allows you to request a correction or deletion of diffusions and Interpol red notices issued against you if you believe they are illegal. Here is the process representing a notice removal.

Request the judicial authorities of the country that sent the diffusion or red Notice to delete the information. This process requires the help of an experienced lawyer since it is usually challenging.

Admissibility requirements give you the legal basis for challenging Interpol’s red notices and diffusions. It includes the following key elements;

The following offenses don’t require a diffusion notice or a red notice according to Article 83(1) of the Constitution because they are not serious ordinary crimes;

How we can help?

We can engage with INTERPOL either prior to a Red Notice being issued (with a view to preventing this) or following the issue of a Red Notice (to seek its removal).

We can advise on potential ways to challenge a Red Notice, for example where it offends INTERPOL’s own particular rules, and make submissions to INTERPOL to seek its deletion. INTERPOL’s Constitution prevents it undertaking any intervention or activities of a “political, military, religious or racial character”, whilst the Rules on the Processing of Data prevent INTERPOL from publishing a Red Notice where the offence originates from a violation of laws or regulations of an administrative nature or deriving from private disputes.

Where there is uncertainty about whether a Red Notice, diffusion or other notice has been issued and/or the basis on which it has been issued, we can submit an application to INTERPOL for disclosure of this information.

We frequently get involved in cases requiring a multi-faceted approach, engaging not only with INTERPOL itself, but also the authorities in the country responsible for issuing the Red Notice and the country in which the person is based. This can be more successful than a single agency challenge.

When faced with an international alert, it’s crucial to seek professional help from an experienced attorney. Our Interpol lawyers will help you understand what is an Interpol diffusion and other notices, and how to behave if you receive one. The consequences of a provisional arrest and extradition can be devastating, especially to your job and personal reputation. Besides, Interpol rules are usually complex because you will be dealing with laws from different member states.

If you would like to discuss any of the issues mentioned above or how to get comprehensive legal services in cases of İnterpol related matters, contact us. For an initial discussion, call Bicak Legal  +90 (0)532 377 01 06. Alternatively, contact us online and we will get back to you. 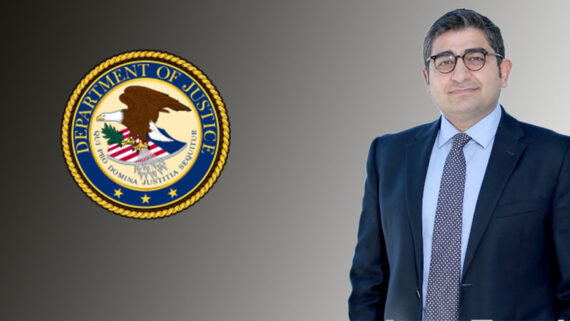 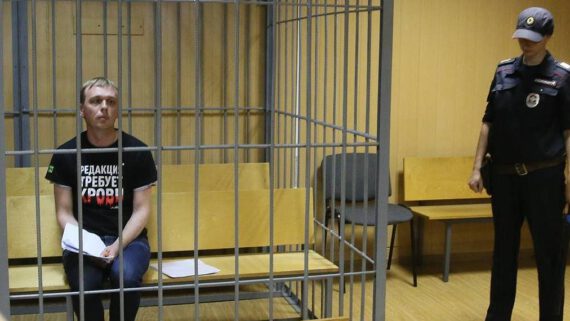