Representing corporations, business associations, investment banks, partnerships and individuals in a wide variety of competition law matters in Turkey. Collaborating with international law firms on Turkish competition law matters. Providing international and domestic clients with all types of legal services concerning competition law issues, including litigation. Defending companies before the Competition Board in all phases of an antitrust investigation. Representing defendants and complainants in complex antitrust investigations concerning all forms of abuse of dominant position allegations and all other forms of restrictive horizontal and vertical arrangements, including price-fixing, resale price maintenance, refusal to supply, territorial restrictions and concerted practice allegations. 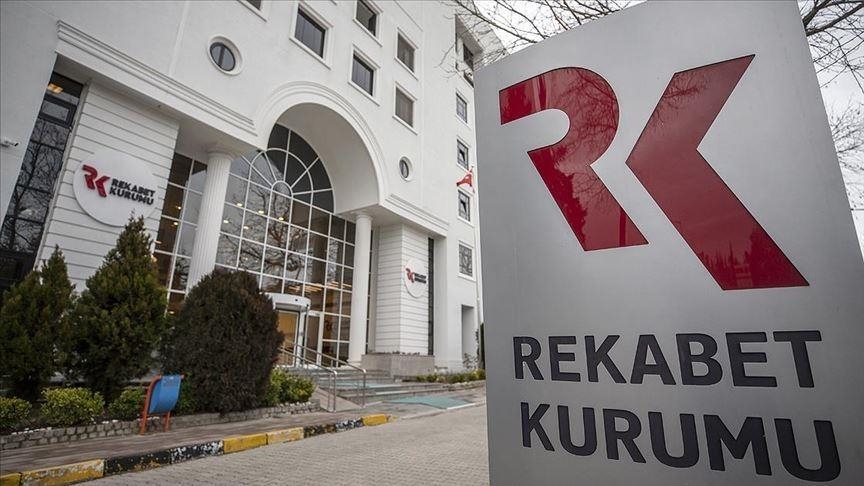 Defending companies before the Competition Board in all phases of an antitrust investigation. Representing defendants and complainants in complex antitrust investigations concerning all forms of abuse of dominant position allegations and all other forms of restrictive horizontal and vertical arrangements, including price-fixing, resale price maintenance, refusal to supply, territorial restrictions and concerted practice allegations.

Antitrust laws are considered to be the main components of market economy which requires a strong and solid legal framework. The Article 167 of the Turkish Constitution dated 1982 obliges the government to prevent cartelization and monopolization in the economy. The main legal source of the Turkish Competition Law is the Protection of Competition Act numbered 4054 which is entered into force on 13 December 1994.

The Competition Authority has been established in 1997 as the main enforcement body equipped with investigative, executive as well as rule-making powers.

The Protection of Competition Act numbered 4054 has been subjected to several amendments which mainly aimed at strengthening and rationalizing the operational efficiency of the Competition Authority and the enforcement system. The recent 2020 amendment has introduced important innovations such as “deminimis analysis”, “structural remedies”, “commitment” and “settlement”mechanisms” which are implemented already in the EU Competition Law.

The Competition Board decides to conduct a pre-investigation if it finds the notice or complaint to be serious. At this preliminary stage, unless there is a dawn raid (unannounced on-site inspection), the undertakings concerned are not notified that they are under investigation.

The investigation must be completed within six months. If deemed necessary, the Competition Board can extend this period only once up to six months.

The following are the main stages of the formal investigation:

An oral hearing can be held at the parties’ request. The Competition Board can also decide to hold an oral hearing ex officio. Oral hearings are held within at least 30 and at most 60 days following the completion of the investigation process.

The Competition Board renders its final decision within either:

It usually takes around six to eight months, from the announcement of the final decision, for the Competition Board to serve a reasoned decision.

Due to the COVID-19 pandemic, oral hearings can now be held by video conference if decided by the Competition Board.

Undertakings must request confidentiality in writing from the Competition Board. They must justify their reasons for the confidential nature of the information or documents that they request to be treated as commercial secrets.

Officials conducting a dawn raid must have a deed of authorisation from the Competition Board that specifies the subject matter and purpose of the investigation.

Amendments introduced a settlement mechanism into Article 43 of the Competition Law. This mechanism offers a new alternative to undertakings that are willing to admit their anti-competitive actions and obtain a reduction to their fines. Most importantly, the settlement procedure applies to all forms of violations and is not confined to cartels. Furthermore, unlike leniency applications, the undertakings are not required to submit additional evidence about the infringement to be able to reach a settlement.

The Competition Board will set a deadline for the submission of the settlement letter and, if settled, the investigation will be closed with a final decision including the finding of a violation and administrative monetary fine. If the investigation ends with a settlement, the Competition Board can reduce the administrative monetary fine by up to 25%.

Where the investigation ends with a settlement, the parties are precluded from bringing an action for annulment before the administrative courts.

Accepting Remedies (commitments) from the Parties

Another mechanism introduced in amendments to Article 43 of the Competition Law is the commitment procedure. This procedure allows undertakings, or an association of undertakings, to voluntarily offer commitments during a preliminary investigation or a full investigation to eliminate the Competition Board’s competitive concerns under Articles prohibiting restrictive agreements and abuse of dominance.

Depending on the sufficiency and the timing of the commitments, the Competition Board can decide not to launch a full investigation, or to end an ongoing investigation without completing the entire procedure. However, commitments will not be accepted for clear and hardcore violations such as price fixing between competitors, territory or customer sharing and the restriction of supply.

The Competition Board is expected to provide details of these new procedures through secondary legislation and can re-open an investigation if there is:

The Competition Board is authorised to take all necessary measures to:

As an outcome of the amendments, Article 9 of the Competition Law grants the Competition Board the authority to order behavioural and structural remedies for anti-competitive conduct infringing:

A structural remedy can come in the form of an order to divest certain activities, shareholdings or assets. A behavioural remedy can come as an order to engage in certain actions (for example, to grant access to a certain input) or to refrain from conducting certain practices (for example, line of business restrictions). In any case, behavioural and structural remedies must be proportional to the violation and necessary to end the violation in an effective way.

The Leniency Regulation provides the main principles for the immunity and leniency programmes. The leniency programme is only available to cartel participants. It does not apply to other forms of anti-trust infringements. A cartel participant can apply for leniency until the investigation report is officially served. Depending on the application order, there may be total immunity from, or a reduction of, a fine. This immunity or reduction covers both the undertakings and their employees/managers, with the exception of the ringleader, who can only benefit from a second-degree fine reduction.

That said, the Competition Board’s recent precedent indicates that a leniency applicant can enjoy total immunity from fines, even when the subject matter falls under another form of anti-trust violation (Syndicated Loans 11 November 2017, 17-39/636-276).

A restrictive agreement is deemed legally invalid and unenforceable, with all its legal consequences. Similarly, the Competition Board can take interim measures until the final resolution on the matter, if there is a possibility of serious and irreparable damage.

Right of Appeal against decision of the regulator

Filing an administrative action does not automatically stay the execution of the Competition Board’s decision (Article 27, Administrative Procedural Law). However, on request from the claimant, the court, providing its justifications, can decide to stay the execution of the decision if it is likely to cause serious and irreparable damage and if the decision is highly likely to be against the law (that is, the showing of a prima facie case).